I visited Briarcourt today. It’s an early Arts and Crafts Movement house at Lindley, near Huddersfield, built in 1894 for the Sykes family. The designer was Manchester’s Edgar Wood. He was related to the Sykes and consequently designed several buildings in the area, including the famous Lindley Clock Tower.

Briarcourt is being lovingly restored by owners Vicky and Duncan… their blog is here. Its art and craftwork is slowly coming back to life and they have made their home a place of hope that others can share.

Briarcourt belongs to the early phase of arts and crafts, when its youthful architecture expressed hope, simplicity and directness. It is very tightly designed, both in plan and elevation, though it was later extended at the rear. However, I had come to see the art and crafts rather than the building, and especially the newly restored frieze painted by the Staithes Group artist, Frederick Jackson.

Jackson was Wood’s lifelong friend, both of them having originated from the small town of Middleton. He was one of the circle of artists and craftworkers Wood liked to use. Others included Wragg, Lenagan, Smithies and Wood himself, who was an expert woodworker and furniture designer, as seen in the Briarcourt sideboard. 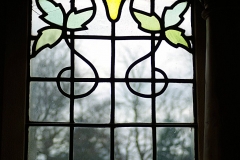 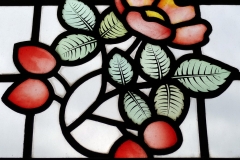 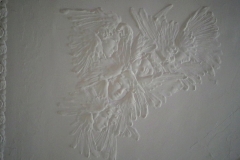 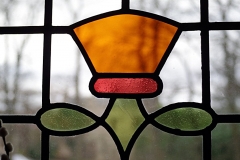 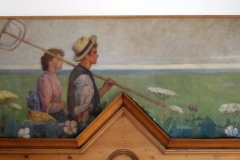 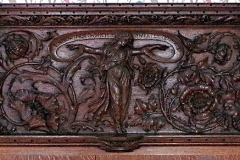 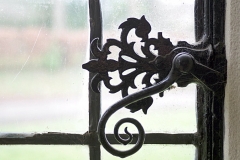 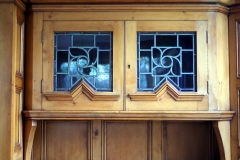 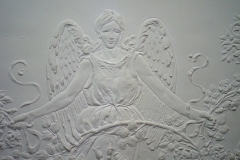