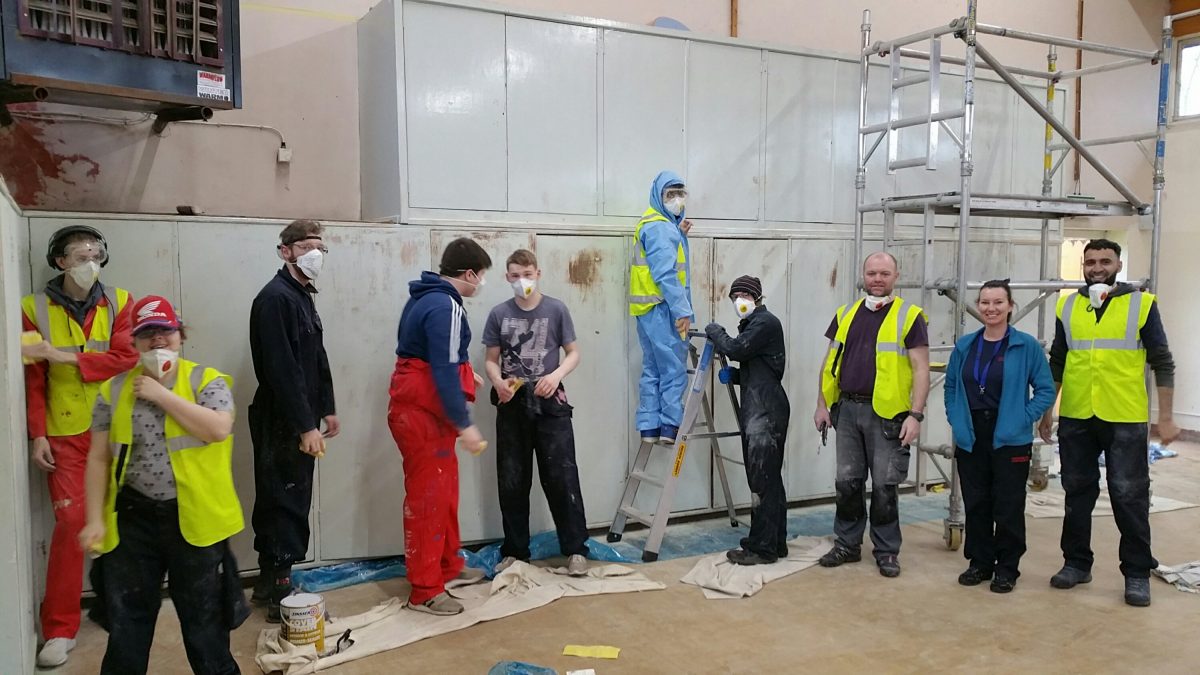 It’s a privilege to be working alongside The Prince’s Trust on a project to redecorate St. Oswald’s Community Hall, Knuzden, Blackburn. The team of volunteers comprises both young people and seasoned professionals. There is a distinctly positive air and a great enthusiasm for working through the issues and tackling the jobs from prep. to paint. 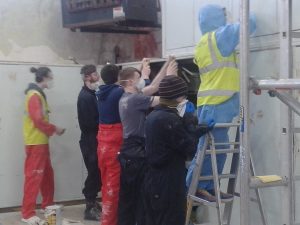 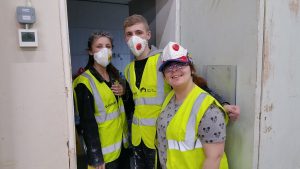 The project is being led by Phil Carruthers who is a natural at project management. He has deftly guided everyone through a wide range of issues and come up with solutions from introducing the right professionals when needed to sourcing free paint and equipment.

Finding the right colour scheme was not easy. The new colours had to fit with the enormous ochre coloured roof of the hall and the pinkish end walls, both of which were out of the reach of the project. It also needed to fit in with an earlier initiative which identified the building with the colour red. The precise colours had to be flexible as the scheme depended on donated paint. We also wanted the project to make a visible change to the painting interior so repainting the existing scheme wasn’t desirable.

I felt a sage green was probably the best for the walls, cooling the warm colours down a bit while also being complementary to the ochre ceiling and red doors. The doors will be highlighted by white frames and will carry the red colour through the building. The first thing one of the young volunteers said to me was to quote the old adage ‘red and green should never be seen’. It will be a strident combination and, interestingly, sanding down has shown that the original scheme was quite close to this with red ends to the hall and duck egg green walls. The again, it is a 1960s pre-beige building!

The project lasts just two weeks, after which there is a formal handover involving the Mayor and other dignitaries.

Here are two of the before and after photo-montages…