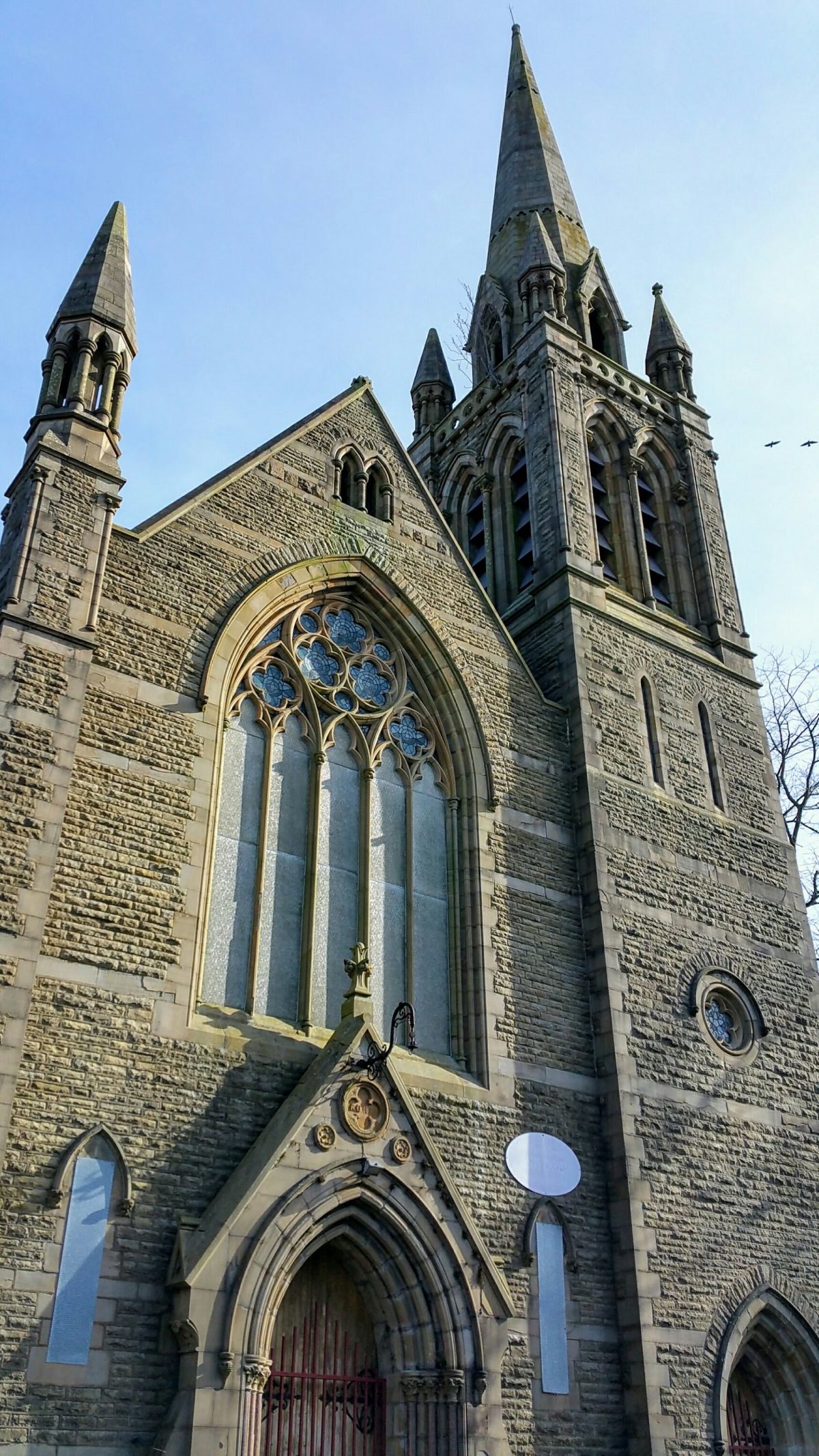 Cannon Street Baptist Church (1874, listed grade II) is a large but compact building which shoots skyward from Accrington’s tightly drawn streetscape. Its tower and spire are set into the corner of the façade just yards from the street, which gives it great visual impact.

Altogether, it makes for an unusual Baptist Church of the 1870s, a time when the classical was still the ‘go-to’ style. Its predecessor, a Regency chapel rather like a large house, still exists on Blackburn Road adjacent the railway. It is also listed grade II and both are buildings at risk. 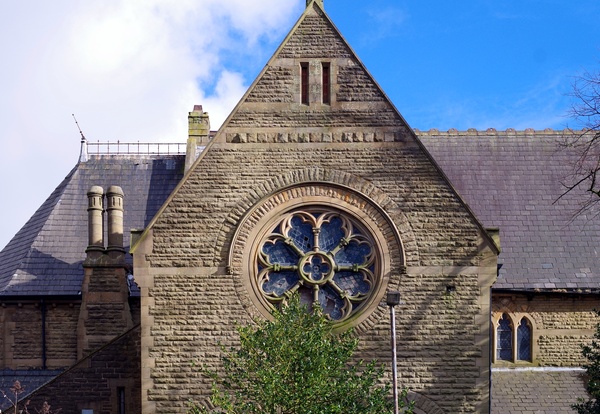 Cannon Street Church has a tall cruciform Gothic design with elegant Geometrical style tracery. There is a nice contrast between the narrow Yorkshire point masonry and the smooth ashlar detailing in the way each catches the light. 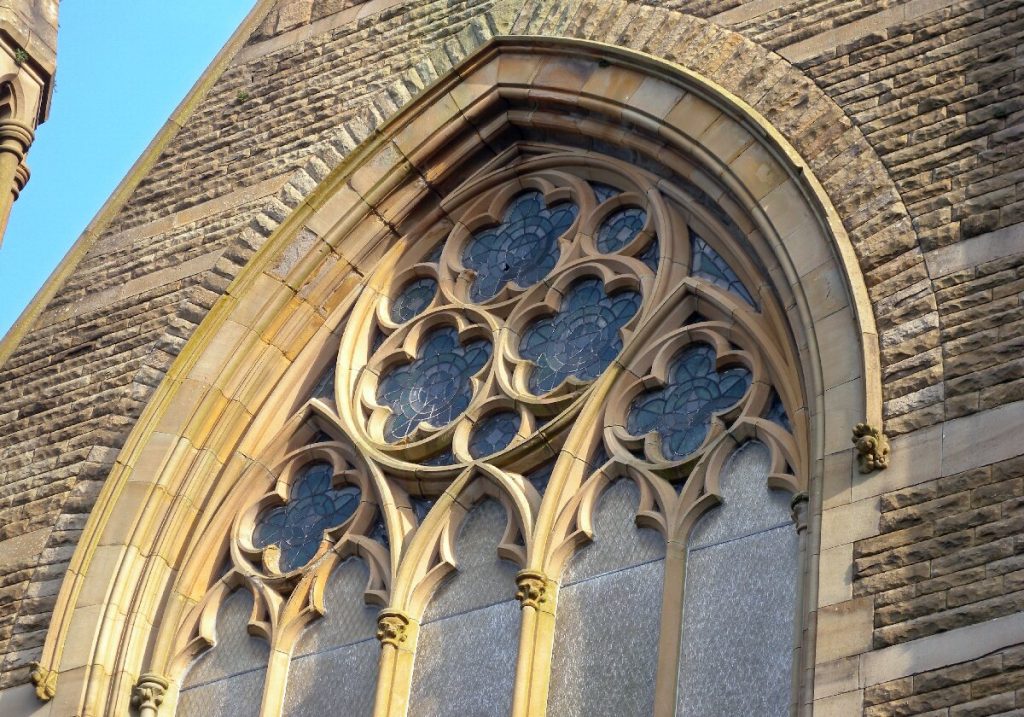 The interior was heavily altered in the 1960s when the crossing was cut-off from the nave by a wall with three ‘planted on’ arches and a clerestory arcade.  A concrete first floor was inserted over the chancel, transepts and crossing beyond which means there are now close up views of the large rose windows and high level sculpture. In more recent times, the rest of the interior has been swept away. 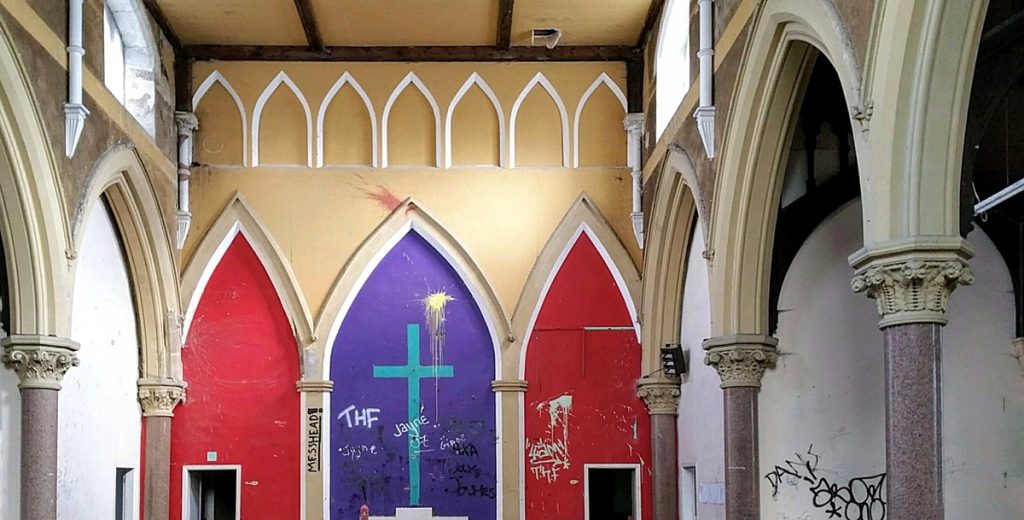 What survives in the nave is a series polished granite arcade columns with carved foliate capitals which have unfortunately been over-painted. The underlying stone is soft and cream coloured, probably Bath Stone. 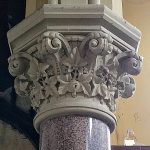 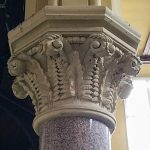 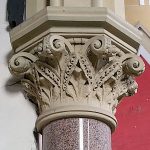 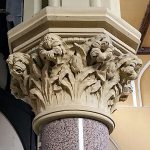 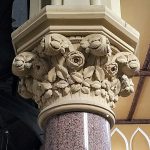 After many years of abandonment and decline, Cannon Street Baptist Church is poised to be converted to apartments in an exciting project led by a local businessman. The scheme will retain all the historic details and make the internal sculpture a special feature of the individual apartments.  There is now a website promoting the project https://www.cannonstreetchurch.info/ 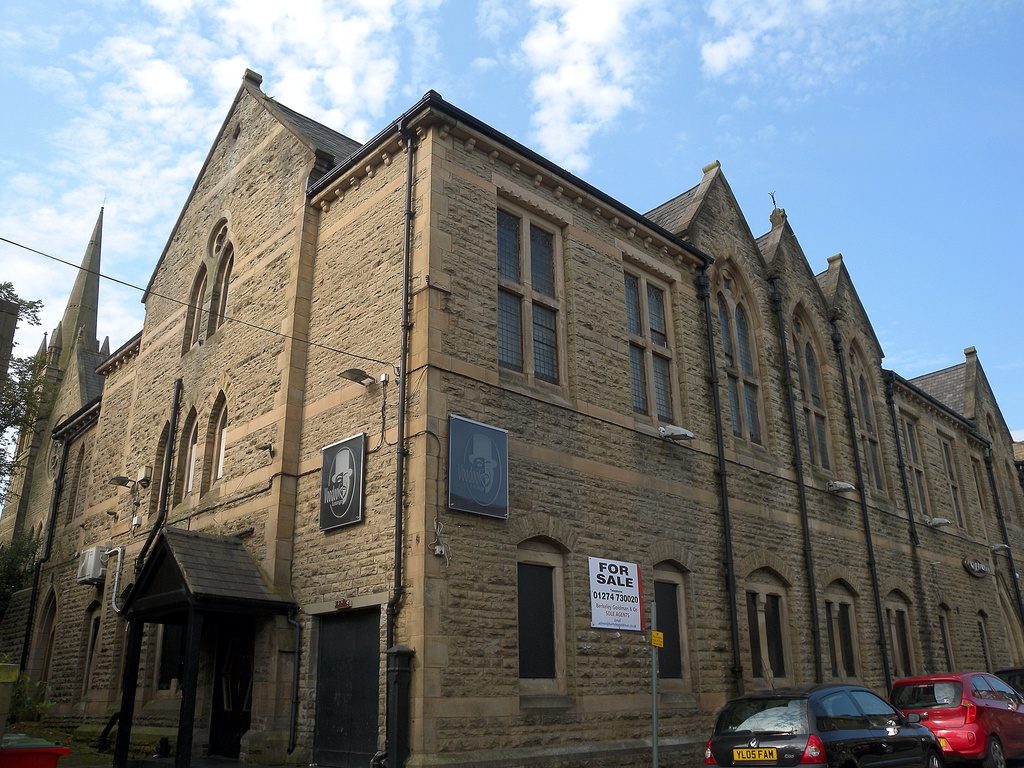 Immediately to the north, and part of the original design, is the former Baptist Sunday School, best seen from Willow Street. Built at a lower level, the school hall was located on the first floor to maximise daylight in the built up surroundings. At one time, you could access the school from the church. The Sunday School, sadly, is another listed building at risk.

In the 1870s and 80s, Cannon Street housed  many of the town’s professionals, including its early architects. George Baines (1852-1934), the designer of the church and Sunday School,  lived at 9 Cannon Street, just opposite, which allowed him to continually observe his creation! It is a semi-detached house built in 1850 in an unusual combination of sandstone and Staffordshire blue brick.

George was a designer of rare talent and his church and school were an outstanding achievement for a just-qualified architect. He arrived in Accrington in 1874, probably because of the commission, after he trained with the architects Bottle & Olley in Great Yarmouth. He set up his office at 9 Dutton Street.

George then spent his first ten years as an architect practising in Accrington, during which time he also built the Mechanic’s Institution (1878) and redesigned the chancel of the Parish Church of St. James (1880).

Then, ambitiously, he set off for London where he established himself as a specialist designer of Baptist and Methodist churches. He became a nationally important architect and dozens of his designs are found across country, especially in the Midlands and south.

He practised first at Clement’s Inn, Strand and later at Victoria Street, London, eventually in partnership with his son until he retired in 1929. His work was always interesting and stylistically advanced. In later years he designed in the Arts & Crafts and art nouveau styles, creating some very distinctive buildings. Cannon Street Baptist Church was thus the church which launched a famous architect and many wonderful churches.