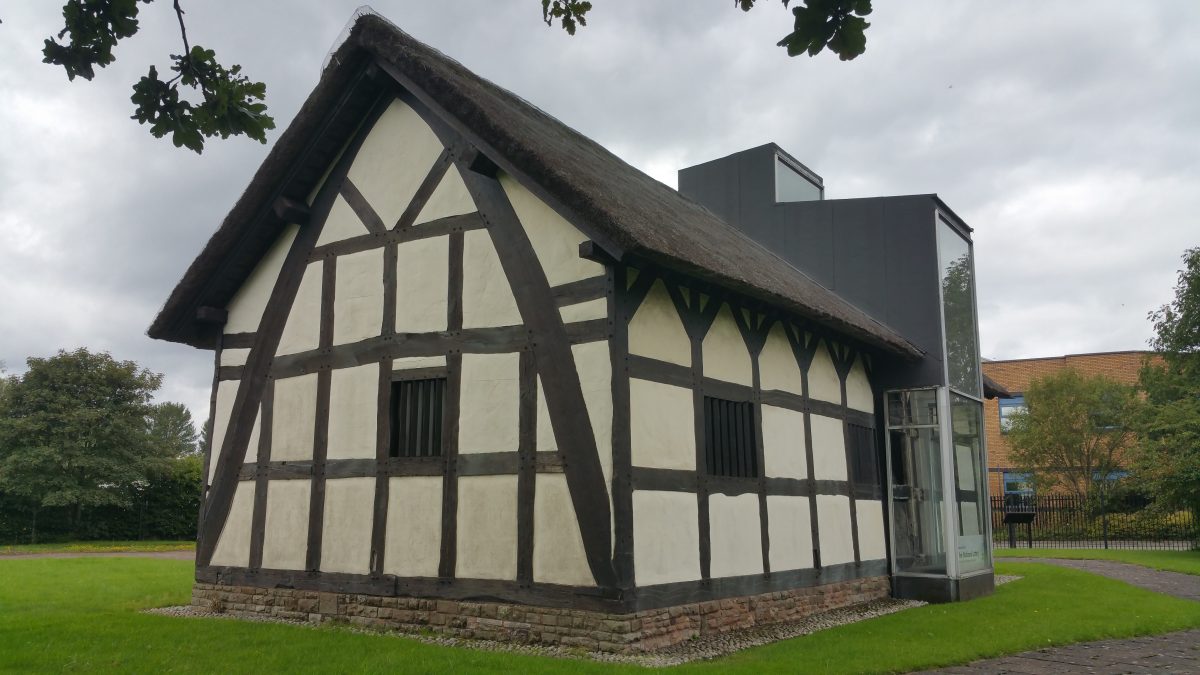 Nice to be at Newton Hall, Hyde, Cheshire again. This is a medieval cruck hall dated 1380 which was restored in the late 1960s.

Controversially, it has a big glass box on one side illuminating the interior. Was this the first ugly glass box on an historic building? If so, it set a trend that is now half a century old – can glass boxes really claim to be modern any more?

Recording work was carried out in the 1990s when I was the local conservation officer and more recently there were substantial excavations in 2008 and 2012.

The 1960s restoration was prior to the reintroduction of lime mortars and today there are problems with inflexible cement-based wall panels leaking where they join the structural timbers. Inside, you can see daylight around some of the panels. The Hall has other problems too including the failure of its thatched roof. The 1960s restoration was truly visionary but has reached a point now where it needs repairing and a new lease of life.