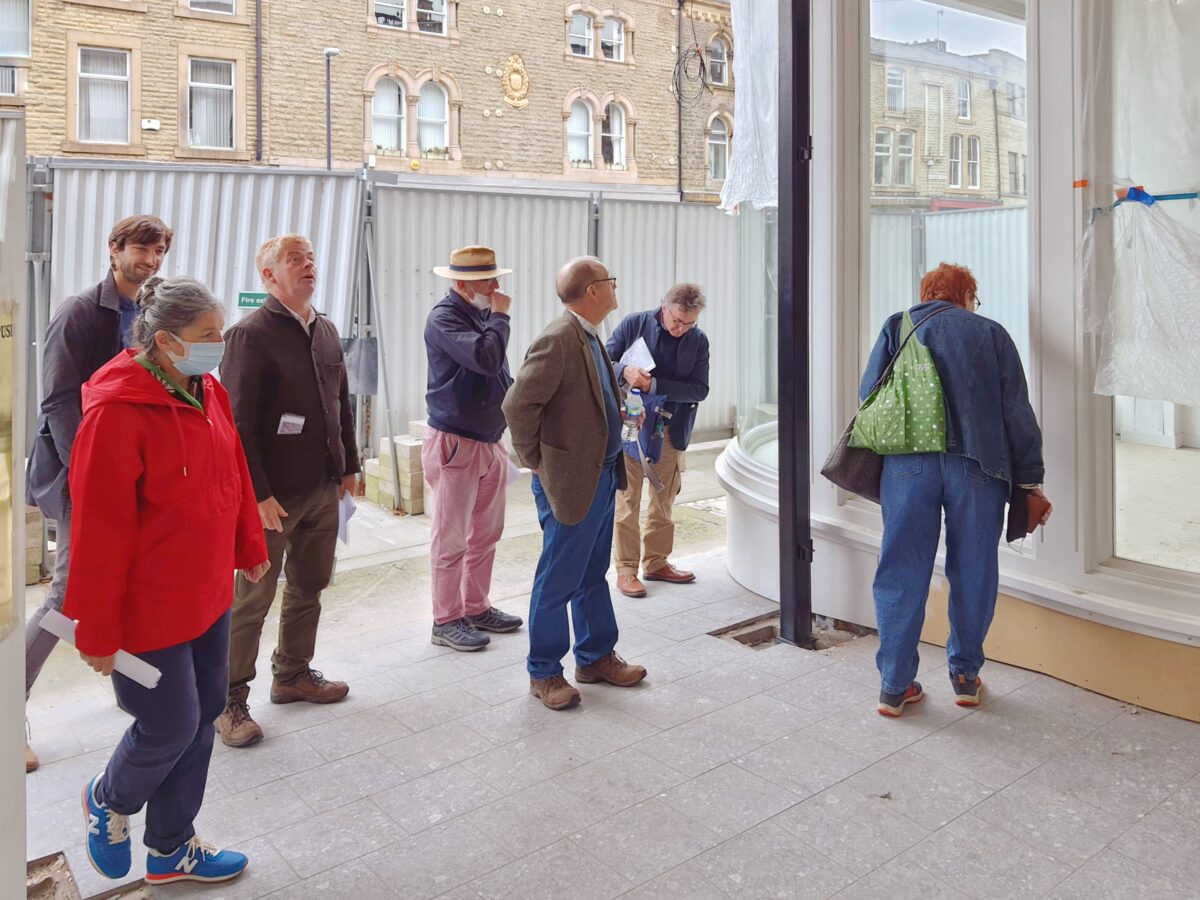 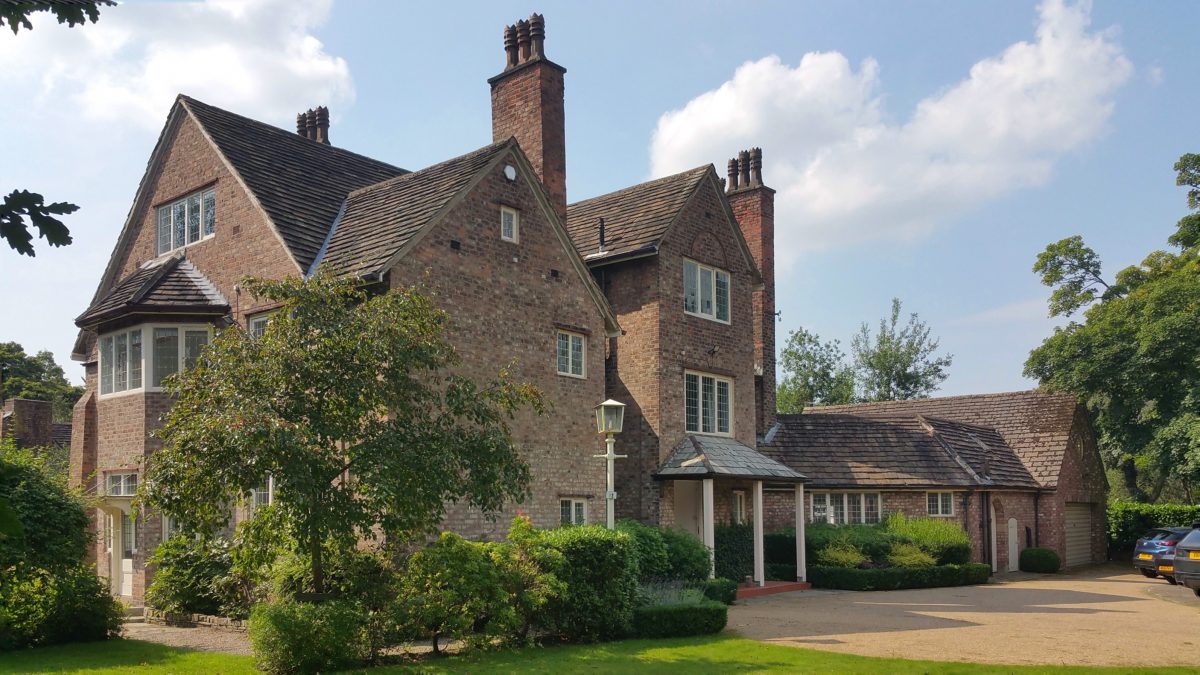 As chair of the Edgar Wood Society, I sometimes help out at Hale in Trafford Borough which has a remarkable heritage of Edgar Wood houses. Here is a post about Greystoke on Hale Road. 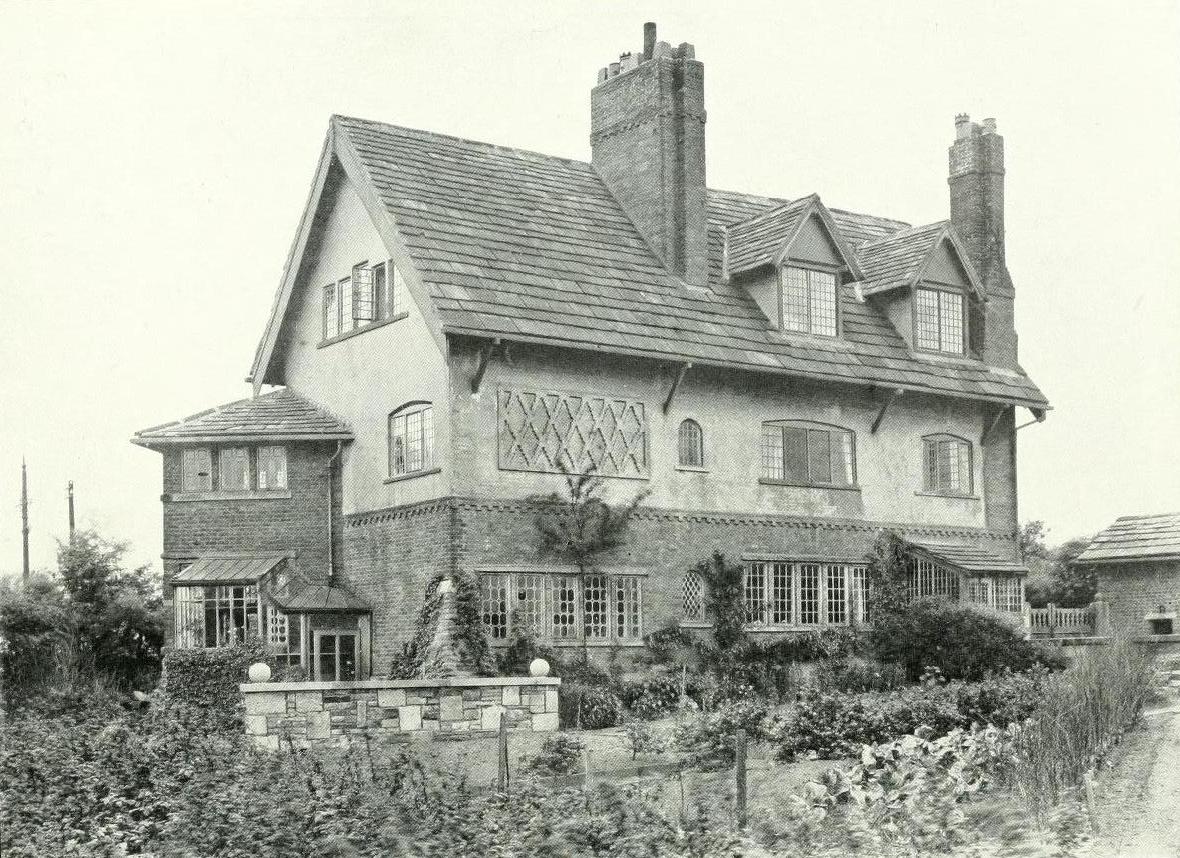 Sometimes one needs courage in conservation because great buildings can lead those who conserve them to uncomfortable places. The post-construction stories of great historic buildings usually involve the gradual removal of distinction and the slow erosion of individuality. The mundane begins to take over. Relatively recent buildings consciously created as works of art, such as those by the Arts & Crafts Movement or the Classical or Gothic Revival can suffer the most. Older structures have much more complex histories with many phases and are therefore somewhat different. END_OF_DOCUMENT_TOKEN_TO_BE_REPLACED 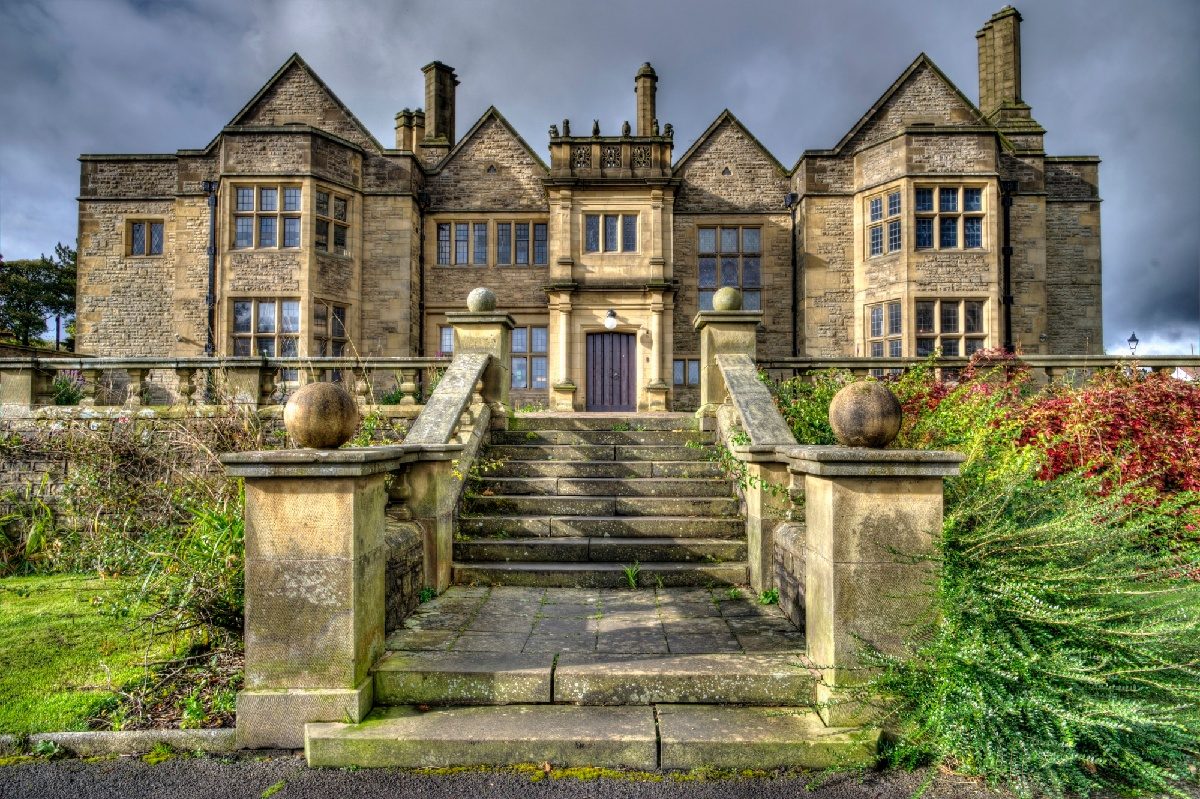 Heritage statements, appraisals and significance studies when properly done are meant to guide architectural and conservation schemes of all types. Unfortunately, they are often researched and written after the designers have already designed the scheme! Getting clients and architects to hold back while the research is being done can be difficult. This is particularly true where a new use is involved and everyone rushes to the ‘end game’ of designing the alterations.

Some designers trust their instinct with historic buildings but I have found that a carefully researched heritage statement almost always adds to the appreciation of the heritage asset and sometimes can turn instinct on its head. Whether the case or not, undertaking a significance study after the key decisions have already been taken makes a nonsense of the significance led process.

By way of example, with one great building I worked on in Merseyside, the designers had instinctively decided that the significance lay in the building’s internal aesthetic value and the design was worked up accordingly. Later, when the significance statement was produced, it could be seen that the building’s true significance lay in its evidential values and very specific and pioneering layout. As a consequence, a less expensive more interesting intervention with less harm could have been created. By then it was too late… the design fee had been spent. On reflection, the design team had merely imposed their own prexisting opinions onto the historic building.

Appraisals require rigour, dedication and an open mind. The time-served procedure of three phases of work, ‘survey, analysis, plan’, is the right approach, perhaps rephrased as ‘research, appraise, conserve’. In the heyday of town planning and the creation of New Towns etc, great store was placed on orderly and somewhat mundane survey and analysis phases to guide the actual design. The late town planner, Nathaniel Lichfield, produced a whole book just on a sub-stage of this process, evaluating information, which became a standard text of the time. In present day architectural conservation, ‘conviction’ so often has the upper hand but a problem is that conviction is simply a mirror of the experience and prejudices of the persons involved. Conserving great buildings requires more than this. Despite my own personal experience and convictions, I generally come out of writing an appraisal with a different opinion than when I went into it.

Great buildings are multi-faceted and normally need several minds to fully understand them. The creators of great architecture were almost always of a greater stature than the conservators which caring for them (let us remember our place!). Conservation is therefore a team game involving study, sensitivity and a reflection on both the particular building and the artists who created it. Strong opinions based on poor research and analysis will obviously stymie intelligent and bespoke conservation, as will the imposition of generic responses such as, ‘The Victorians always did it this way’.

It takes time for the true significance of a building to grow in someone’s mind. On major buildings, there needs to be discussion and feedback of the team’s ideas into both the appraisal and conservation stages. It sounds structured but it often happens in a very organic way.

Previous post in this series – Conserving a Great Building, Restoration 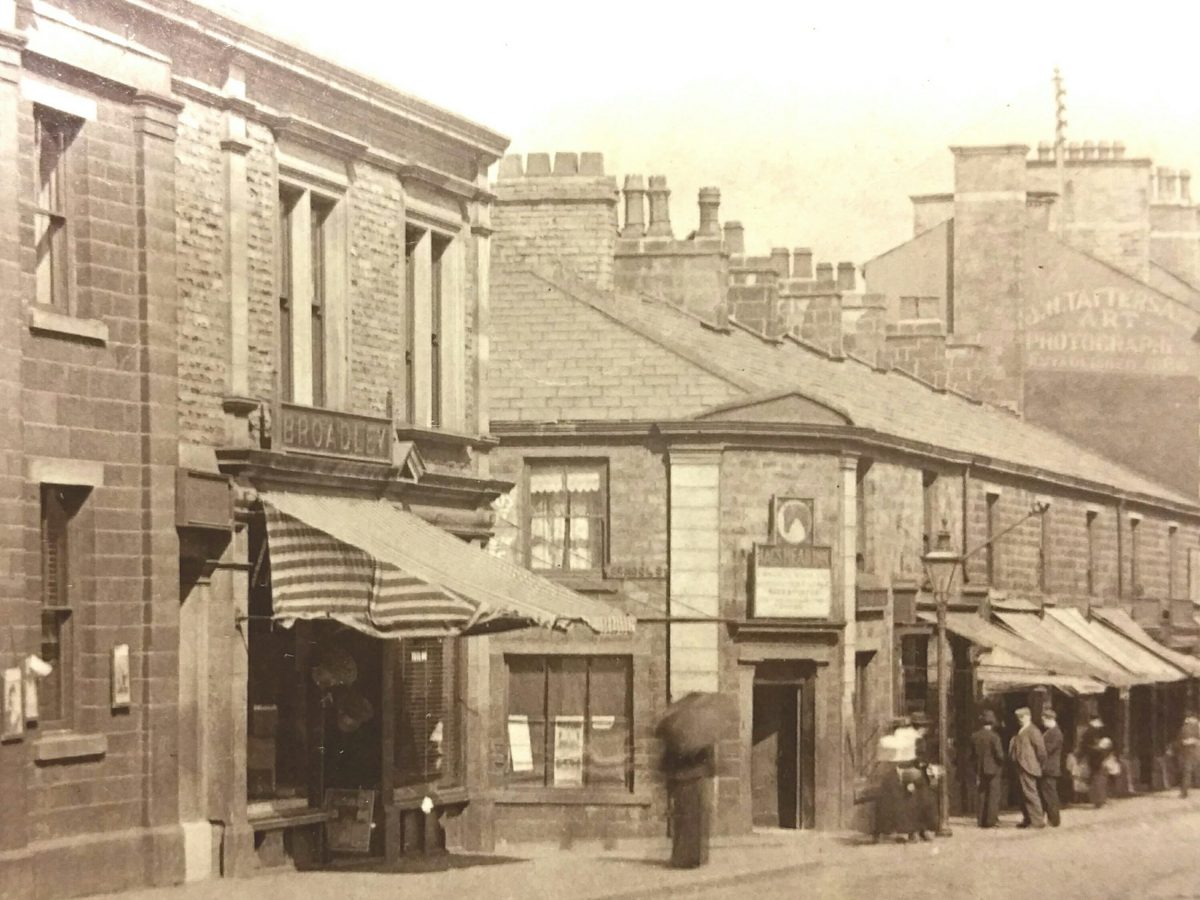 Today, Accrington Townscape Heritage Initiative began conserving the town’s historic shops. This shop on Blackburn Road was built as a printers a few years after 1900 and now houses AYA, a firm of accountants.

As seen in the old photo, there was originally a sunblind which pulled out from behind the shop sign. The sign was rounded to accommodate the roller and the result cleverly emulates a classical pulvinated or ‘cushion’ frieze. 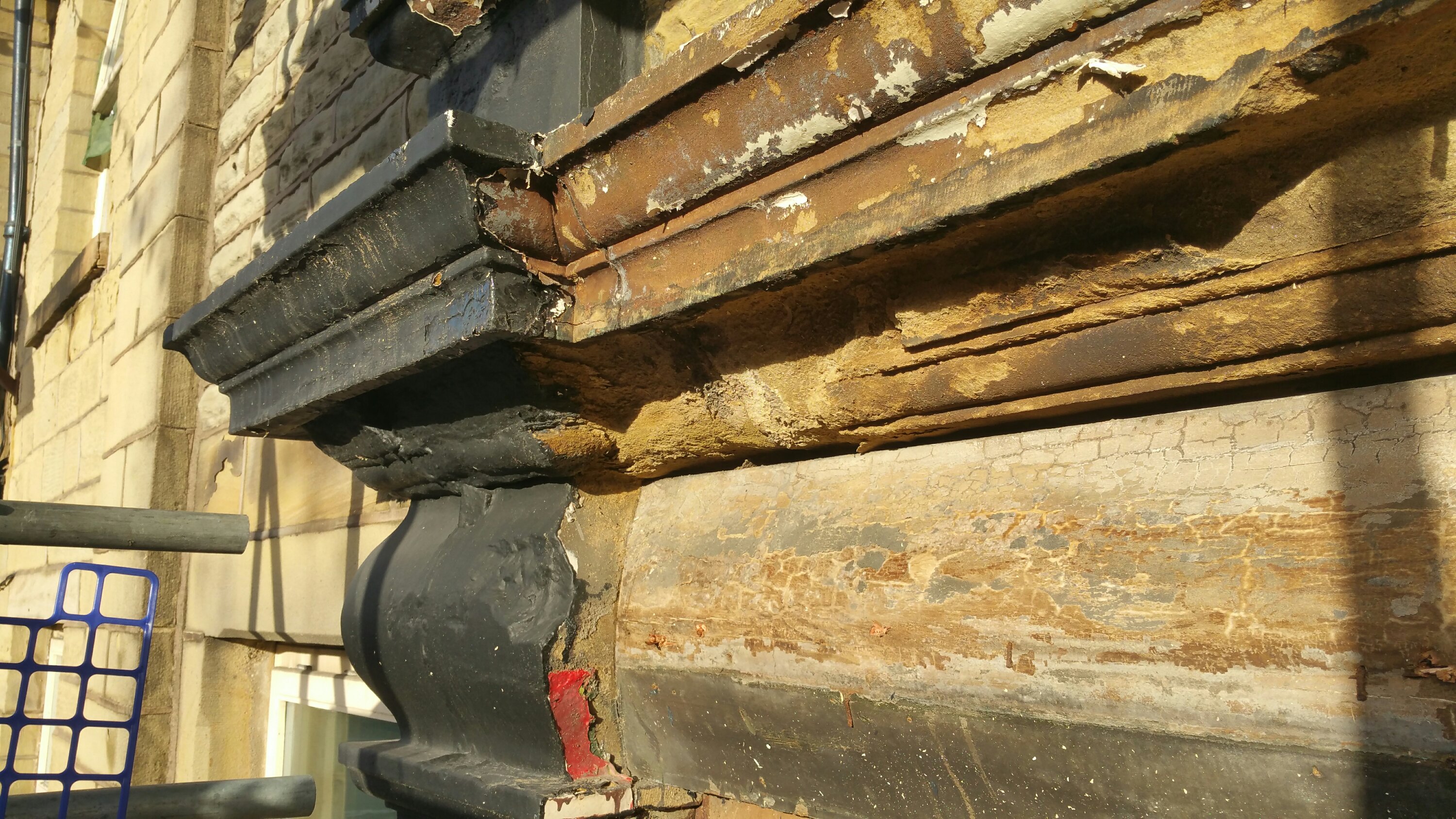 When the modern box sign was removed, we were delighted to find the timber frieze was still intact. It is beautifully joined to stone cushion friezes atop the pilasters at each end of the shop.

We exposed Edwardian paint layers which will be sampled before overpainting. By doing so on each THI project, we can build up a record of the various historic colours used on Accrington shops. The stone pilasters were overpainted brown followed by red and other colours. However, we could see smoke blackening beneath the brown paint indicating that the stone was not originally painted. We will therefore clean back to restore the original stone surface using Torc equipment.

Unfortunately, the underside of the cornice has almost completely eroded but there is just enough of the original moulding to create a template for new stone indents. 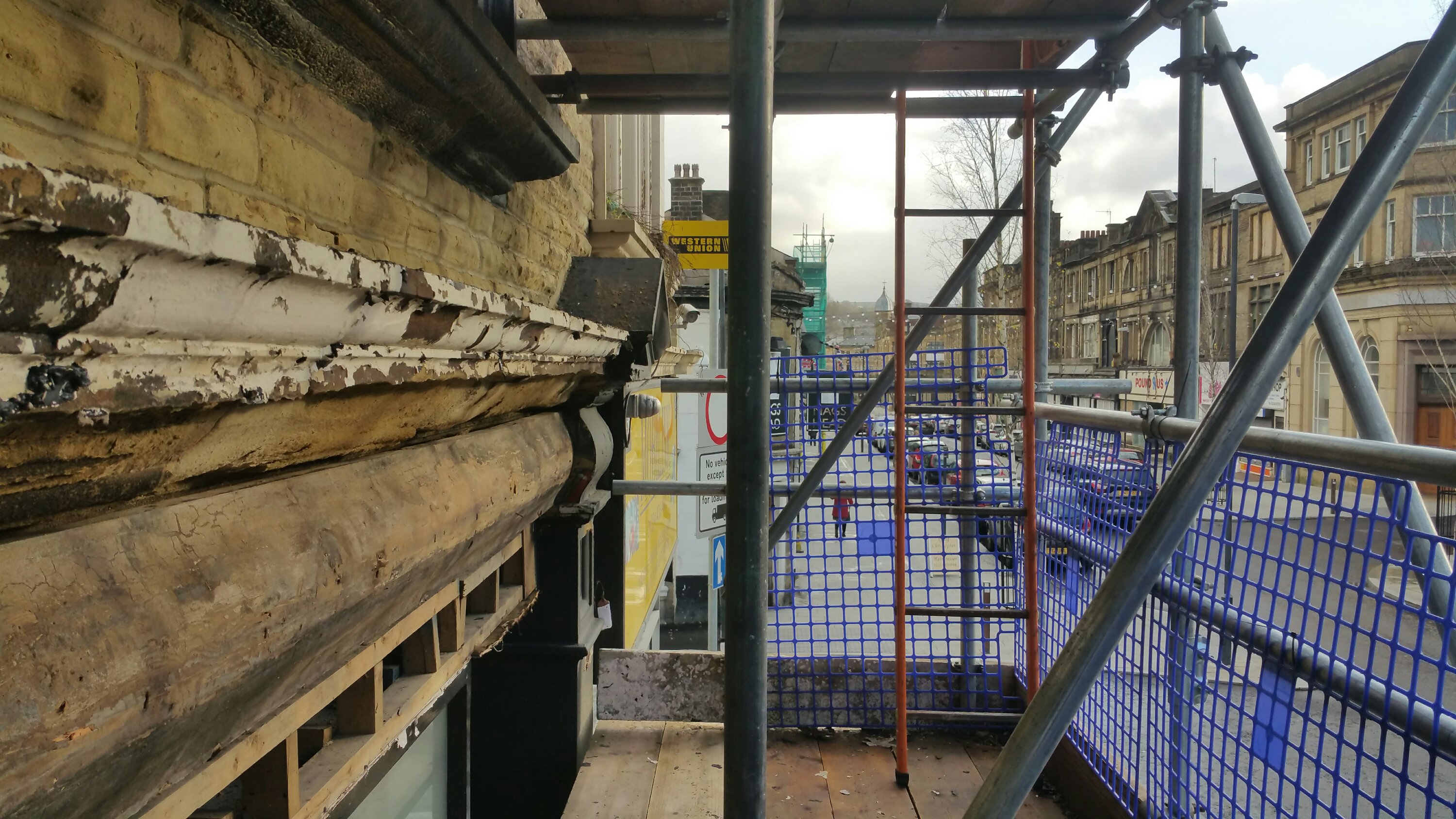 The contract administrator is Craig Buck, IDC Architects, and the contractor is Rosslee Construction. Both are local Accrington firms. 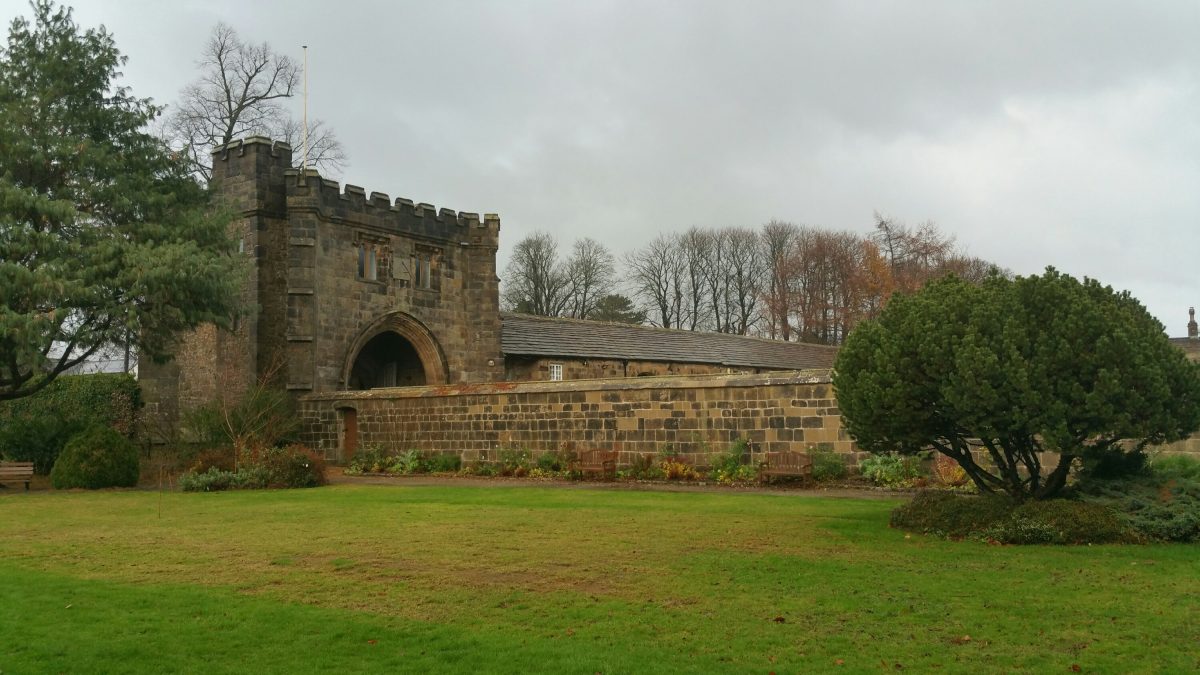 One of two medieval gate houses, this one marks the inner entrance to the abbey. Note the conservation work on the wall.